Local events in High Wycombe and Hazlemere - Films and Quiz

Below is a list of links to images taken at the following events, enjoy

Images from the first event

Images from the event on the 11th Oct at Mad Squirrel, High Wycombe

Images from the 11th Oct at Mad Squirrel

Images from the event on the 13th Oct at Bucks New University, High Wycombe

Images from the 13th Oct at Bucks New University

Images from the event on the 21st Oct at Cineworld, High Wycombe

Images from the 21th Oct at Cineworld

Images from the 18th Oct at SWR

Images from the 16th Oct at SWR

Have a night out or several nights out, some even for FREE. Watch one of the short listed films from the Fisheye Film Festival 2017 or have fun with a quiz evening on films and TV

How is your knowledge of films, tv and radio from yester year? How about putting a team together to test that knowledge over some fish and chips?

Too scared? You might win something? Try this ten round quiz with an additional three desk based rounds and see if you are the best!

Who played Astronaut Dave Bowman in 2001? Who had a car called Bessie? Want more? Come along!

Mark Jones, the author of Chilterns and Thames Valley Film and Television Location Trail: A Guide to Over 100 Film and Television Locations from the 1960´s to the Present Day is coming to Bucks New University on 13th October to present a documentary film and slide presentation, as well as a quiz. Not only that but you can get a free copy of his e book on this topic. Do you remember Department S or know where Four Weddings and a Funeral was filmed? Come and test your knowledge or at least be taken on a fascinating journey. Mark still does very popular coach tours around the area visiting places made famous by film and tv.

To book tickets for the Quiz night email office@hcacommunity.org.uk or call 01494 815180
Tickets are £10.00 per person (includes Fish & Chip supper, drinks not included).

We would like to share the following events that you may be interested in. The films listed below are part of the Fisheye Film Festival 2017 enteries. We are sure that you will enjoy them. Prices start from FREE, please see the prices for each film and location.

Please use the share buttons to share this with your friends on social media or just tell your friends.

Please use your school code to get your free tickets

A Man Called Ove (Film starts promptly at 8:00 pm no trailers or ads)

Fisheye Film Festival 2017
Ove (Rolf Lassgård) is the quintessential angry old man next door. An isolated retiree with strict principles and a short fuse, who spends his days enforcing block association rules that only he cares about, and visiting his wife's grave, Ove has given up on life. After a boisterous young family moves in next door and accidentally flattens Ove's mailbox, an unlikely friendship forms.

Daphne´s life is hectic, and she is entrenched in the daily rush of her restaurant job and an active nightlife full of new faces. She is the life of the party, but her acerbic humor hides the fact that deep down Daphne is not happy. She is forced to confront the inevitability of a much needed change in her life after she saves a shopkeeper´s life when he gets stabbed during a failed robbery attempt.

Fisheye Film Festival 2017
A video game villain wants to be a hero and sets out to fulfil his dream, but his quest brings havoc to the whole arcade where he lives.

Please use your school code to get your free tickets

Brought to you by Bucks Music Department and BucksSU...
an authorized documentary on the late musician Kurt Cobain, from his early days in Aberdeen, Washington to his success and downfall with the grunge band Nirvana.
Click here for link to trailer

Spring. Yorkshire. Young farmer Johnny Saxby numbs his daily frustrations with binge drinking and casual sex, until the arrival of a Romanian migrant worker for lambing season ignites an intense relationship that sets Johnny on a new path.

Film and TV Locations in the Chilterns and Thames Valley

This community fundraising event in aid of Charlie´s Footsteps will feature a series of short fun films for all the family about selected subjects from the curriculum, including music, history and looking after yourself!

Please make a donation on the day.

Fisheye Film Festival 2017
A coming-of-age story about a shy, young boy sent by his irresponsible mother to spend the summer with his wealthy, eccentric uncles in Texas.

BLACK Stars ON the SILVER Screen: Raoul Peck´s Award-winning ´I Am Not Your Negro´

Please come and enjoy a cup of tea and a slice of black cinema history at our Sunday Matinee screening of this powerful and thought-provoking film.

The ´Independent Cinema Office´ eloquently summarises it as follows;

´Narrated by Samuel L. Jackson and with unprecedented access to author and public intellectual James Baldwin´s original work, award-winning filmmaker Raoul Peck (Murder in Pacot, Moloch Tropical, Lumumba), has completed the cinematic version of the book Baldwin never wrote. In 1979 when literary agent Jay Acton asked Baldwin to write about the lives and assassinations of his friends Martin Luther King Jr., Malcolm X and Medgar Evers, he responded with a 30-page letter explaining why he couldn´t. This manuscript, entitled Notes Toward Remember This House, was entrusted to Peck by the writer´s estate and serves as the backbone of the film. Alongside an exploration of these key Civil Rights figures, Peck also gives us a fascinating picture of Baldwin himself while uncovering the deeper narrative of America´s troubled relationship with race.
In a form as radical as the man that inspired it, Baldwin´s words are juxtaposed with interviews, music, archive footage and images of present-day America to create an overwhelmingly powerful, essayistic mosaic that lays bare the persistent violence and systemic inequality suffered by America´s black population.

Community Cinema The Blind Side

Fisheye Film Festival 2017
The story of Michael Oher, a homeless and traumatized boy who became an All American football player and first round NFL draft pick with the help of a caring woman and her family.

Fisheye Film Festival 2017
In the distant future, a small waste-collecting robot inadvertently embarks on a space journey that will ultimately decide the fate of mankind.

Please use your school code to get your Free tickets.

BLACK Stars ON the SILVER Screen: A Caribbean Dream

The Caribbean screening will take place where a good ´cook up´ meal is enjoyed... So, come along, chat, have a glass of punch and enjoy the screening of the 2017 film from Barbados, A Caribbean Dream, in the relaxed surroundings of a recreated 1970´s Caribbean front room.

And afterwards, you are invited to continue the social vibe by joining the University Students Union celebration of Black History month in the SU Bar.

BLACK stars ON the SILVER Screen: An Introduction to Black Cinema History

The BLACK stars ON the SILVER Screen Introduction to Black film history course is for you.

The course will include
- the political, social and cinematic highlights from the 1800's to present day
- the birth of African American cinema
- the beginning of Black British Cinema from the 1940's to present day
- how independent Black cinema has progressed and developed over the years
- the growth of Black film festivals
coupled with seminal and contemporary film screenings.

Part of the BLACK stars ON the SILVER Screen Introduction to Black film history Course, this screening is also open to non-delegates.

Aspiring rapper Patricia Dombrowski, aka Patti Cake$, is fighting an unlikely quest for glory in her downtrodden hometown where her life is falling apart. Patti tries to reach the big time in the hip-hop scene with original and affecting music. Cheered on by her grandmother and only friends, Jheri and Basterd, Patti also shoulders her mother´s heartaches and misfortunes.

Released in the UK earlier this year, Theodore Melfi´s story is of a team of female African-American mathematicians who served a vital role in NASA during the early years of the U.S. space program.

Community Cinema - We Bought A Zoo

Fisheye Film Festival 2017
Following his wife´s untimely death, Los Angeles journalist Benjamin Mee decides to make a fresh start by quitting his job and moving his children to an 18-acre property containing the Rosemoor Wildlife Park. Though closed for years, Rosemoor is still home to many animals, cared for by Kelly Foster and her small staff. Mee opens his heart and his checkbook as he, Kelly and the others work to renovate and reopen the zoo.

We will present some of the Short films nominated for 2017 International Short Film Awards in this matinee screening.

The culmination of this years International Short Film Competition, this special evening will screen nominated films and the Award winners will be announced!

We are very thankful to our Prize Jury for their deliberations and look forward to the resulting decisions.

Our Jury this year:

This event is supported by Heart of Bucks, and some awards sponsored by
SteeplePost Arberfields The Iver Make-Up Academy
Cineworld High Wycombe, High Wycombe on Saturday 21 October 2017
Doors Open at 5:30PM
Starts at 6:00PM
Ticket Price: £0.00

Fisheye Film Festival 2017
The true story of Graeme Obree, the Champion cyclist who built his bicycle from old bits of washing machines who won his championship only to have his title stripped from him and his mental health problems which he has suffered since.

While we hope that the information has been of help to you; we appreciate that everyone´s requirements are different and invite you to view our Frequently asked questions or contact us if you have questions about this website. 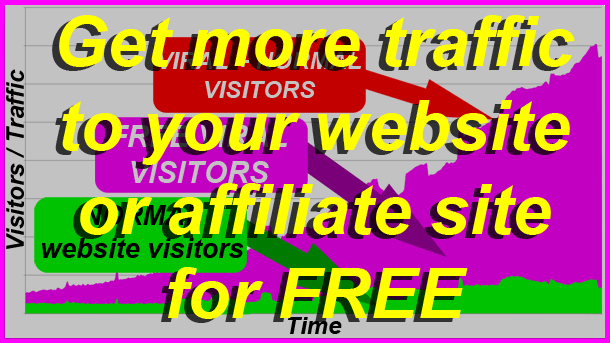 © Copyright 2016 a2zidx.com No information contained on this site may be copied by any means or used for any reason without prior written permission.
38 Briery Way,Amersham,Bucks,HP6 6AT,UK